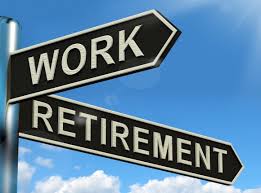 On January 1st., 2014, the Government raised the qualifying age for receiving the State Pension from 65 to 66.

A person approaching their normal retirement age of 65 now has three options:

For a single person, Job Seeker’s Allowance is approximately  €45 per week less than the State Pension.

Please click on the link below to find out more about your State Pension entitlements:

Further increases in the qualifying age for the State Pension are planned:

If a person retires at 65 during these years, their Job Seeker’s Allowance will be means tested after the first year in retirement. Anyone with their own private pension fund will receive little or nothing from the State.

While being involved in a series of protests against the raising of the State Pension age throughout 2013 and 2014, I sent a petition on the issue to the Joint Oireachtas Committee on Public Service Oversight and Petitions. I was invited to appear before the Committee in January 2015. To view my submission, please click on the link below:

Two weeks after I made my submission, Fergus Whelan of the Irish Congress of Trade Unions appeared before the committee to discuss my submission and make observations of his own. Click on the link below to see his discussion:

After much deliberations, the Joint Oireachtas Committee published its report in January 2016. Its contents, and recommendations can be viewed in the attached PDF file:

In the meantime, the Government announced it was setting up an interdepartmental working group to examine the various issues raised by increasing the State Pension age. The link below will bring you to an RTE report on the new working group.

I have been moderating a facebook page, Pension65, on the pension issue for the past few years. On the page you will find newspaper articles relating to pensions and other related topics. The link below should bring you directly to Pension65.